All our leisure destinations for theme park

Port Aventura Spain’s top theme park. Opened in 1995, it lies between the towns of Salou and Vila-seca. PortAventura will transport you to far-off lands, where you will live an exciting adventure, for at least one day. The gorgeous Polynesian Islands, colourful Mexico, exotic China or the fascinating Wild West. The park is located on the coast of the Mediterranean with the shores of the Mediterranean sea offering you a warm welcome.

Warner Bros Park Madrid is a theme park located in the town of San Martín de la Vega, 29 km south of Madrid. Opened in April 2001, it is split into five themed zones, each based on scenes from Warner Brothers films set in different parts of America. Famous for its shows and its attractions, especially its pollercoasters such as Stunt Fall which is unique in Europe for its GIB (Giant Inverted Boomerang) of which there are only three in the world. The atmospheric setting and the details of the buildings, cars and streets in the venue faithfully capture the Warner Bros locations. 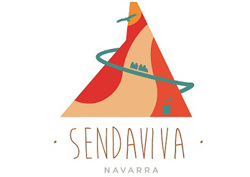 Book your tickets Sendaviva and enjoy rides, shows and animals. Located in the town of Arguedas (Navarra), Sendaviva has attractions designed for fans of strong sensations and for the smallest of the house; activities to play and interact with animals from five continents; and quality shows guarantee a day of fun for everyone. Stay tuned Sendaviva offers we publish in different seasons.

Isla Mágica was opened in 1997. In its 8 zones you will find attractions, shows and many more surprises: Seville: Puerto de Indias, in the Corral de Comedias, with magic shows and plays from the era. Maya Zone: ancient pyramids, abundant vegetation and the Temple of Terror. America’s Gateway: where a magnificent multimedia spectacular is shown at night on the lake Amphitheatre. Amazonia: from 2011 you can see the new jaguar and enjoy the excitement. The Font of Youth: the ideal place for the little ones. The Pirates’ Den: this is the pirate village where you can see spectacular action. El Dorado: Magnificent attractions including the Rapids of Orinoco or the Flight of the Falcon. The Metropolis of Spain is the most interactive zone to enjoy attractions such as Cinemoción.

The fun returns to Terra Mítica. Committed to its clients and to entertainment, the Costa Blanca theme park begins its particular “de-escalation”, offering the best fun in two of its most emblematic thematic areas: The Islands and Iberia. These two areas concentrate the most important family and children's offer, in addition to adrenaline attractions such as Achilles' Cholera and the most refreshing proposals for the summer season, with the largest outdoor spa area: more than 1700 square meters in the open air. with all kinds of elements (such as water beds, fountains and waterfalls).

In Iberia there are attractions for the little ones such as Clepsydra, Tentaculus, Anilus and Synkopin, as well as Jabatos, bumper cars to demonstrate their driving skills. In addition, this attraction has its version for "adults", Arietes, where parents and children will run on the back of mythological animals. The Islands have Los Rapidos de Argos, one of the star attractions of the leisure complex: fun boats that descend down the river as they twist and bounce from side to side. And for those looking for strong emotions, The Anger of Achilles. The magic of mythology acquires all its splendor in Mithos, the wonderful carousel where the little ones of the house can enjoy on the back of a unicorn or a centaur. 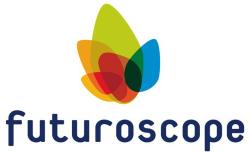 On its 25th Anniversary, Futuroscope lets your imagination run wild. To celebrate, the park offers you an exceptional programme. Be amazed by iMagic, a unique show with magic and conjuring tricks, comparable with best performances in Las Vegas. Spend a fun-packed time with the strange Peuple du Futur characters, creatures from the year 2112 who have developed some very special skills. Come and see the many shows and activities happening throughout the year.
And since no anniversary is complete without a gift, discover the new “Futuroscope version” of the Little Prince in an adventure that will plunge you into a world filled with thrilling special effects.
This year we have masses of surprises designed especially for you...An IMAX® film festival with your favourite Futuroscope films to remember and relive your best times in the park. You are only 25 once, so don’t miss it. Dare to discover new experiences where you will find yourself at the centre of the action. Endeavour to try new and unrepeatable experiences that will unleash your wildest dreams. The Futuroscope Park in Poitiers (France) is a unique and original park, featuring highly unconventional attractions. Where adults and children alike can have fun while they learn by living in the future today!

You already know everything about Asterix’s adventures. Asterix, who defends the colours of Gaul better than anyone, entertained you when you were young. Return to the fun-packed era of the Gauls and the Romans with exciting attractions such as the Tornerre de Zeus, the biggest rollercoaster in Europe!, Goudrix where you will hang upside down seven times at the breakneck speed of 75 km/hour, La Trace du Hourra” and the Transdemonium ghost train. 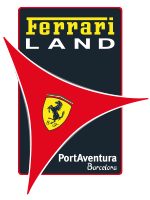 Enjoy Ferrari Land, a unique park in Europe. 70.000 m2 of pure fun in a theme park dedicated to the mythical Italian team. Come and discover an unprecedented experience and for the whole family that will not leave you indifferent. You can expect up to 11 attractions in which you can enjoy with the whole family, big and small.

How do you fancy visiting a place of your dreams? The Disneyland Park®! Discover all the magic of Disneyland® Paris, an unforgettable trip for the whole family. A place where there is always something new to see and do, and where dreams come true. 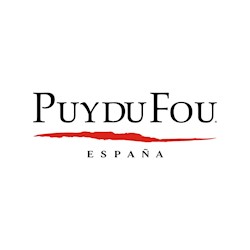 The Poble Espanyol was built in 1929 for the Universal Exhibition of Barcelona as the pavilion dedicated to art. From the beginning, it was conceived as a true "village" in the heart of a city. The objective was to give an idea of ​​what could be an "ideal model" of an Iberian town that meets all the characteristics of all the peninsular towns. It was designed for visitors to enjoy an open-air museum of Spanish architecture while strolling through its squares, streets and gardens. Poble Espanyol offers a wide range of restaurants and bars that allow you to discover the variety and richness of Spanish cuisine, along with more than 30 artisans. The artisans work regularly in Poble Espanyol and make pieces of glass, ceramics, leather, jewelry, basketry, Spanish guitars and many other objects with their hands.
Buy 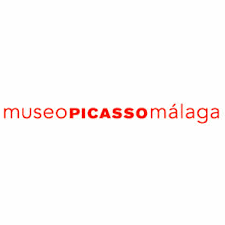 Periodically reviving, and thus revising its collection, the Museo Picasso Málaga follows in some way in the footsteps of Pablo Picasso, who did not stop innovating his own art throughout his life. Through a thematic and chronological journey, the new exhibition narrative at the Buenavista Palace allows the visitor to gain a deeper knowledge of Picasso's artistic career, grouping his work in a way that makes it possible to understand his work processes. Thus, in the sixth transformation carried out in the rooms of the Buenavista Palace since the museum opened its doors in 2003, a total of one hundred and twenty works are shown until 2023, the result of the negotiation that ratifies the commitment of the Ministry of Culture and Heritage of the Junta de Andalucía with the Almine and Bernard Ruiz-Picasso Foundation for Art (FABA), which has been further renewed with a total of 162 works by Picasso that come to join during this time at 233 in the own collection of the art gallery. 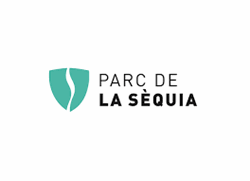 La Sèquia is the medieval canal (14th century) that has allowed the growth of Manresa and the agricultural development of a good part of the Pla de Bages. Following the path that borders its route, of 24.5 kilometers with a drop of only 10 meters, constitutes a truly memorable experience: temples, fortifications, hydraulic works, farmhouses and natural spaces transformed by water help us to understand the roots of this inland territory, the heart of Catalonia.
First, you will enjoy breakfast on the shore of Lake l’Agulla with magnificent views of the mountains of Montserrat (optional). Then you will walk with your guide a small section of the medieval canal discovering the history of one of the most important hydraulic engineering works in Europe. A flat route of singular beauty through the last stretch of the Sequia for all audiences. On this short excursion you will arrive at Sant Iscle, where you will have exclusive access to the old Romanesque Church of San Iscle and Santa Victoria.
Buy 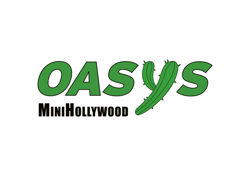 In Tabernas, the only desert in Europe, the authentic settings of American western movies rise up, turned into the most original theme park in the Mediterranean. Oasys MiniHollywood has live shows, a large zoological reserve with more than 800 animals of 200 different species, a swimming pool area and a wide range of restaurants, educational activities and the organization of events and celebrations.
Buy

The DinoPark Algar theme and educational park, located in a beautiful setting near Benidorm, will surprise you with dozens of life-size robotic, static and sound models. DinoPark Algar also has play areas, paleontological patio, 3D Cinema and botanical garden of cactuses. Take your family on a walk of fun and knowledge.